Wrong deeds of Kaurvas :
~ Trying to kill Bhima
~ Laxagraha Episode
~ Draupdi Chirharan (Bhishma and [[Drona oppose this move recalling that a woman cannot be put at stake even if it is their own wife. However, Yudhishthira ignores their call and puts her at stake much to the ire of Bhishma, who in his frustration breaks his chair. )
~ Killing of Abhimanyu

So deciding who was right or wrong is quite a tough call.

This legend relates to the encounter between Arjuna the Pandava prince and Shiva, and is an important event in the epic Mahabharata.

Arjuna the valiant Pandava prince, during the princes' exile in the jungles, went out to the Himalayas to worship Shiva, to win from him the Paasupataastram, the infallible weapon. His penance bore fruit, when Shiva, in the guise of a hunter (Kiraata) donning a bow appeared before him, picked up a quarrel with him over a wild boar, and challenged him to a combat. This manifestation of Shiva is known as Kiraata Murthy. In the course of this (mock) fight, the hunter stripped Arjuna of all his weapons (and his ego), and the brave prince continued to fight with his bare hands. Shiva then revealed his true self, and blessed him with the Paasupataastram.

Arjuna's encounter with Shiva is celebrated at Tiruvetkalam near Chidambaram - Tamilnadu.

Kiraata Murthy is also revered at Kumbhakonam (Tamilnadu) , where it is believed that an arrow from Shiva's bow pierced the pot containing the celestial nectar amritam, and spilled it into the Mahamagam tank.
Posted by GD at 00:08 3 comments:

Everyone is aware of Killing of Vali.

Sugriva challenged Vali to a fight. And when Vali & Sugreeva are fighting Rama shot Vali from behind.

Now Rama faces the injured Vali. A dying Vali told Rama if you are searching your wife you should have come to me for help and friendship. Whoever took Sita even if it is Ravana I have defeated them and would have taken them at you feet and at your mercy.


These questions arises
What was Vali's crime to Rama?
Even if Vali committed a crime (with his brother), what is Rama's right to kill Vali?


These questions are answered by following ::

The younger brother should be treated like a son. Even if he made a mistake you should forgive him, specially when he promised to respect you for your whole life.
Some people says Vali was not a human so Rama can hunt him like people use to hunt deers etc at that time.

But if we keep Vali in category of animals then what Vali did wasn't a crime. And also at that time monkeys are not hunted by people. And another thing is Vali was a very well known king of his time.

Vali was wrong but same thing is done by Sugreeva after death of Vali. He must have treated Vali's wife as his mother.

So the reasons of Vali killing are not justifiable.

Only good reason is to give respect to boon which Vali have.
Posted by GD at 23:30 13 comments:

Most of the times fans of these two legendry archers are keep arguing on which one had upper hand. In terms of archery it’s a tough call between these two as Krishna/Bhisma praised both. And Krishna also knows that without his help Arjuna can’t win over Karna. But in terms of character Karna win quite easily. Whoever read Mahabharata falls in love with character of Karna. People says that despite his great character Karna fought for evil but try to put yourselves in shoes of Karna and try to judge his decisions. When whole world was standing against you a person comes and help you and treat you as his own brother would you live him in hour of need, would you? And Mahabharata war is a war of greed not a war of need. Suyodhana wasn’t a bad king and neither anyone can deny the right of Suyodhana on the throne of Hastinapur. There are few misdeeds done by Suyodhana and he was way ahead in terms of evil in compare to Pandavas. But after Mahabharata war Pandavas left Suyodhana way behind in terms of evil. So it’s also hard to decide who is evil.

The stats helper monkeys at WordPress.com mulled over how this blog did in 2010, and here's a high level summary of its overall blog health: 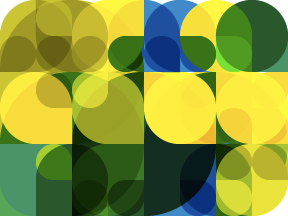 A helper monkey made this abstract painting, inspired by your stats.


The average container ship can carry about 4,500 containers. This blog was viewed about 18,000 times in 2010. If each view were a shipping container, your blog would have filled about 4 fully loaded ships.

The busiest day of the year was July 19th with 141 views. The most popular post that day was Intelligence of Bhima.


Where did they come from?

The top referring sites in 2010 were orkut.co.in, google.co.in, facebook.com, orkut.com, and mail.yahoo.com.

These are the posts and pages that got the most views in 2010.

4
Your best character in Mahabharata with explanation March 2010
23 comments and 1 Like on WordPress.com,

Email ThisBlogThis!Share to TwitterShare to FacebookShare to Pinterest
Labels: Polls